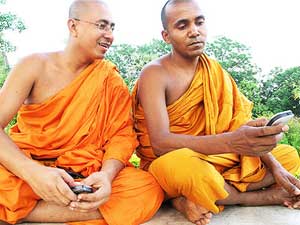 Nine players have expressed their intention to bid in India’s lengthy, much postponed 3G process, and yet despite all the publicity, there are no new entrants. Foreign companies are giving an apparently lucrative opportunity a miss.

Foreign bidders - apart from those already active in India - have given a thumbs-down to bidding in the country’s 3G and Broadband Wireless Access (BWA) auctions. Although reasons vary from company to company it is all too clear that the delays in allowing the auction to take place, eg, the delay in resolving the military-bandwidth consideration, have substantially deterred those not already operating in India. All this is despite the exceptionally rapid growth in India’s mobile sector. Just two examples of companies that have categorically denied their intention to bid are France Telecom and Verizon, the later confirming its US-based status.

One analyst, Kunal Bajaj of consulting firm BDA Connect India, described the lack of participation as “not a surprise...the business case was difficult for new foreign entrants." He also predicted a "fairly aggressive" auction. Others have cited the time and money required to set up a 3G network in question, not to mention the additional time needed to see profit.

In fact, some Indian operators decided not to bid. Two relatively new players - Unitech Wireless and Loop Mobile (India) - fall into this category. The former (a JV roughly two thirds owned by Telenor, the rest by property developer Unitech) had previously been keen but its MD, Stein-Erik Vellan, has said that his company would concentrate on strengthening its existing offering. This withdrawal is not in the end surprising, as Unitech Wireless has itself stated that 3G has to fit into its business strategy. 2G is obviously the immediate priority; the company 2G licences in 21 out of 22 Indian circles, of which eight are up and running.

The DoT will publish a list of pre-qualified bidders on March 30 and mock auctions are slated for April 5 and 6, with the final 3G auctions on April 9 and BWA auctions two days after the close of the 3G auctions. Successful bidders will be allowed to offer 3G services on a commercial basis from September 1, 2010.