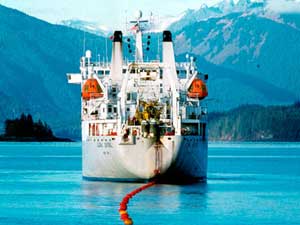 Listing its top trends for the 2010 African telecoms market, analyst IDC has singled out several developments for 2010 which will make this year a series of defining moments. They include submarine cables, backhaul, and broadband infrastructure.

The sub-Saharan Africa telecoms market will be characterised by regulatory developments and continued investment in broadband infrastructure by various submarine and terrestrial cable operators, according to the latest research by IDC. All these factors will make 2010 a defining year for Africa's telecoms sector. The FIFA 2010  World Cup will be a watershed moment for African infrastructure, determining the robustness and relevance of submarine cable systems, terrestrial backhaul networks, metro networks, and more.

IDC's Africa Telecommunications Opportunities Top 10 Predictions, 2010 provides a detailed overview of the top ten themes that IDC believes will affect the African telecommunications market in 2010. The report explores major trends in each area, and offers specific predictions in each. “Despite the poor economic conditions that prevailed in 2009, the African telecoms market will move another step forward in 2010," says Regional Manager Francis Hook, IDC East Africa, "with further regulatory developments that are already gradually opening up the market for increased competition and advanced services."

The next wave of interest by investors and pan-African operators will be in terrestrial broadband networks in the largely untapped Central Africa region, leading to a further reduction in prices. Africa will still experience broadband access gaps in 2010, however, as operators will tend to go after the low-hanging fruit of the business market before addressing smaller market segments. Thus, satellite connectivity will remain relevant in 2010, particularly in outlying and rural areas.
"Developments in broadband connectivity, triggered by various submarine systems due to go live in 2010, will heavily impact the wider market, although last-mile access and affordability will be key challenges that need to be addressed," says Francis Hook. "Mobile broadband will prevail as fixed-line services continue down the road to a gradual but inevitable demise."
Research for 2009 showed that Africa's telecoms channel accounted for 3%–4% of all mobile/portable units shipped. Governments will continue efforts toward higher penetration among citizens, particularly in rural areas, and are likely to see mobile phones as a way of saving money and communicating with citizens. Currently, African mobile penetration rates average 25%–45% of the entire population but the rate for the adult population, with which governments would be interacting, is roughly 70%–80%.
In addition, operators and vendors will be looking more closely at social networking, news portals, and other content to grow data revenue, which will entail providing relevant content in local languages. As the availability of low-cost devices is an important factor in the adoption of these offerings, telcos will become an increasingly important channel for notebook, netbook, and smartphone vendors.