WhatsApp has filed a lawsuit against the government of India over new legislation that would force the Facebook-owned messaging app to infringe user privacy protections.

Reuters reports that the case petitions the Delhi High Court to acknowledge that one of India’s new IT rules violates the privacy rights enshrined in India’s constitution. The law in question obliges social media companies to provide authorities with the identity of the “first originator of information” upon request.

WhatsApp is seeking to block these regulations from coming into effect. The move marks the latest development in an ongoing battle between the government of Prime Minister Narendra Modi and major international tech giants such as Facebook, Google parent firm Alphabet, and Twitter.

Last month, Modi’s government ordered Twitter to remove posts criticizing its response to the Covid-19 pandemic as the death toll in India skyrocketed. Modi came under fire for holding campaign rallies attended by thousands of people, while his government was lambasted for its perceived complacency and poor preparation for the disaster.

This week, police visited Twitter’s offices, escalating already-inflamed tensions. The platform had flagged content posted by a government spokesperson as containing “manipulated media” which it described as forged content.

The new law focuses solely on WhatsApp, which has half a billion users in India. WhatsApp claims that it cannot unilaterally comply with the order to identify users who are consciously spreading misinformation because its messages are encrypted end-to-end; to identify the sender of a flagged message, it would also have to remove this encryption for the recipient.

A statement from WhatsApp read: "Requiring messaging apps to 'trace' chats is the equivalent of asking us to keep a fingerprint of every single message sent on WhatsApp, which would break end-to-end encryption and fundamentally undermines people's right to privacy."

However, the Indian government refuted this argument, claiming that it was not asking WhatsApp to break its encryption but to find a way to track the sources of disinformation. WhatsApp has confirmed that it will continue working with the government on the matter, with operations continuing as usual.

User privacy is an ongoing issue for WhatsApp in India, with many users switching to rival apps such as Signal and Telegram earlier this year after WhatsApp announced a new privacy policy allowing it to share certain information with Facebook and its other subsidiaries.

While Signal and Telegram have seen their Indian user bases explode, neither has approached WhatsApp’s commanding install base. The apps are known for offering encryption that prevents message content being intercepted and viewed by third parties. Neither has commented on India’s new legislation on traceability. 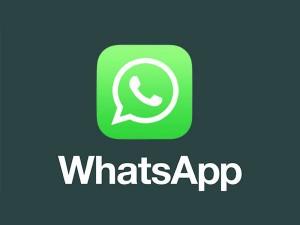