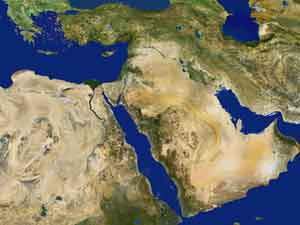 In 2006, total mobile revenue per capita in the Middle East demonstrated a trend above that of European markets when comparing those markets within the two regions with similar levels of average disposable income. For example, in a Middle Eastern market where disposable income is US$10 000, total mobile revenues would be expected to be 20% higher than an equivalent European market.

"While there is increasing liberalisation of the mobile market across the region, mobile operators in the Middle East have benefited from the relative lack of competition in both fixed and mobile markets and have been able to bring in impressive revenues," says the report's author, Daniel Jones. "However, as competition intensifies across the region, operators will have an increasingly tough time trying to maintain this premium."

Key findings from the new report include:

The Analysis report reviews current trends in the Middle Eastern mobile market, including the role of market liberalisation, new wireless technologies and the strategies of incumbents and new entrants as competition intensifies. It presents comprehensive analysis and forecasts for the region as a whole, as well as for Bahrain, Egypt, Jordan, Kuwait, Oman, Saudi Arabia and the United Arab Emirates. If you can't join them, buy them - the Gulf operator's key to growth
Trends & Forecasts