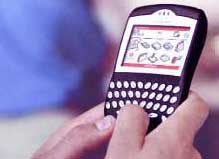 Sin Siew Teyew, Frost & Sullivan's Asia-Pacific Director of Telecoms, has expressed his concern at the slow progress of Fixed-Mobile Convergence (FMC). One or two advanced markets in Asia-Pacific have progressed when it comes to FMC; Japan and South Korea come to mind. For the rest, there is a major contradiction between little progress towards FMC on the one hand and the move on a major scale by service providers towards faster deployment and cost savings via IP-based infrastructure.

FMC is at a nascent stage in Asia-Pacific. While the trendsetters have already deployed FMC services in advanced markets, the lack of ubiquitous telecoms infrastructure, coupled with the lack of regulatory readiness, has delayed the deployment in developing markets.

The proliferation of FMC services is expected to be limited to high ARPU generating urban areas in the medium term. Initially, service providers are expected to offer customised FMC services to the enterprise segment. While the telecom market is undoubtedly moving towards FMC, the development is even then unlikely to be rapid.

The initial phase would involve the installation of Wi-Fi hotspots and offering bundled packages to customers, while regulatory constraints are sorted out. FMC services are expected to be offered in most Asia-Pacific markets by 2010. Once again in comparison with the local advanced markets such as South Korea and Japan, service providers are expected to focus on providing innovative Value-Added Services (VAS) over the unified network.

The FMC 'ecosystem' within Asia-Pacific

In spite of ambiguity about the scope of the VAS that may be offered in the converged space, the FMC 'ecosystem' provides an opportunity for service providers to create innovative and sustainable blue ocean-like services. What we have in Asia-Pacific, is an FMC ecosystem comprising a small number of service providers scattered across a highly skewed telecom landscape. Most markets across Asia are gradually transitioning to IP, but high-quality ubiquitous telecom infrastructure in advanced markets such as Japan, South Korea and Hong Kong has hastened the deployment of FMC-based services.

While fixed and mobile networks are operated as individual silos in emerging Asia-Pacific markets, there is an increasing emphasis on tying the two together to achieve cost savings and increase ARPU levels. The regulatory bodies are taking active measures to incorporate convergence-based networks and services into the regulatory framework. Unfortunately it is confined to developed markets.

Hong Kong's Office of the Telecommunications Authority (OFTA) is working on updating its regulatory approach to include FMC services. It has identified key issues such as interconnection charging mechanism, local access charge (LAC), number portability, and number plan, and has released a consultation paper which explores these areas in the FMC environment.

South Korea's Ministry of Information and Communication (MIC) has worked out a regulatory framework for FMC services. The regulations do not allow the market leader, Korea Telecom (KT), to offer discounts on its fixed-line service until mid-2007 or to work out a unified bill to customers.

There is thus growing pressure on governments to firm-up the regulatory framework to incorporate FMC. As a first step in this direction, a number of public Wi-Fi hotspots are being established.

As a first step to achieving convergence, service providers in developing markets such as China, India and the Philippines are upgrading their broadband and wireless networks to handle the ever-increasing traffic and achieve faster download speeds. An enhanced network infrastructure would lay a solid platform for FMC.

In the FMC space, the key focus of service providers is on feature-rich data services. The contribution of VAS is increasing steadily and is expected to form a major portion of FMC revenues in the near future.

Even as the FMC services market gains traction, the go-to-market strategy of service providers would be to provide a variety of FMC-compliant dual-mode handsets to customers. People in the 15-30 age group, which includes college students and professionals, are likely to be the key target segment for service providers.

How do we stand?

We may summarise the market drivers as follows: